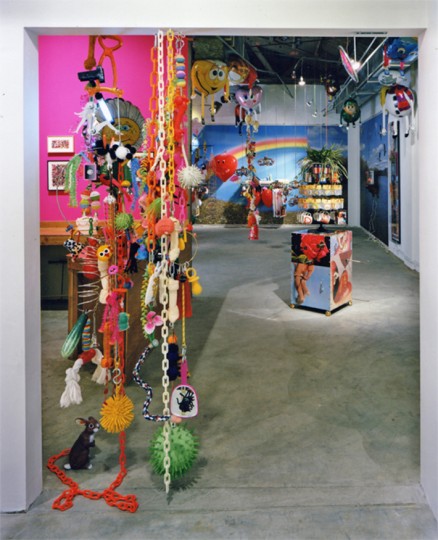 Saturday, June 10, 2017, Acme, a groundbreaking Los Angeles gallery, shut its doors for good, a mere seven months after relocating from mid-Wilshire to Frogtown.

Acme’s impact on the Los Angeles art scene throughout the ‘90s and first decade of the new millennium was profound.

While the gallery and others’ tally Acme’s tenure at 22 years (1994-2017) – directors Randy Sommer’s and Robert Gunderman’s joint term as significant contributors to Los Angeles’ art scene began in 1992 when, together with Leonard Bravo and Stephen Hartzog, they co-directed Food House. (Sommer joining the other three shortly after the gallery’s inception.)

Food House was a mostly artist-run commercial space situated in a vacated classroom building in a run-down, shuttered school in Santa Monica, about three blocks from what would eventually become Bergamot Station. Food House did not represent a specific stable of artists but instead had a “working relationship” with the artists who exhibited there.

Sommer had previously directed an innovative project annex at Santa Monica’s Dorothy Goldeen gallery. Fresh out of art school, Gunderman, a one-time marine and an artist himself, had briefly presided over the tiny Opus gallery in downtown Los Angeles, co-founding Food House not long thereafter.

While most descriptions of the Acme’s passing will, very appropriately, list significant artists who were either introduced by the co-directors or had a lengthy stint exhibiting there – including: Jennifer Steinkamp, Kevin Appel, Steven Criqui, Andrea Bowers, Miles Coolidge, Carlos Mollura, Tomory Dodge, Laura Owens, Monique Prieto, John Sonsini, Tony Feher and Kurt Kauper, to name but a few – Acme’s broader significance was its impact on the geography and broader aesthetic sensibility of the Los Angeles art world. Kurt Kauper, Diva Fiction #5, 1997, oil on birch panel, 86 x 58″Unlike today, when gallerists scour MFA programs for the newest art star and the Hammer Museum regularly presents work by freshly-minted LA artists only several installments into paying off their student loans – at the time Food House opened its doors, there were very, very few spaces that even considered regularly exhibiting younger artists. There were a small handful of other great, but short-lived, young artist venues including Sue Spaid Gallery (1990-1995), Rory Devine’s TRI Gallery (1992-1995), Dennis Anderson Gallery (1988-1991) and the much longer-lived, and also influential, Thomas Solomon’s Garage. But, Sommer and Gunderman seemed to have a magic eye, a respect for the sanctity of artist/dealer/collector transactions and an innate instinct for longevity.

Shows at Food House and later Acme were enthusiastically reviewed in the Los Angeles Times, and other influential art press including the far-reaching pages of Artforum and Art in America – vastly amplifying both the gallery’s and their artists’ reach in the print-dependent, pre-internet era.

Here is the lede from a lengthy review by the LA Times’ Christopher Knight from April 1993:

“Larry Mantello‘s “Pleasure Treasure” is the most refreshing and invigorating exhibition this critic has seen in a Los Angeles gallery this season. With insightful wit and a skillfully light touch, the young, L.A.-based artist has pressed a claim fraught with the danger of easy dismissal as trivial or emptily self-indulgent–and he’s made it work.” A positive, high profile print review was like a comedian making it onto Johnny Carson’s Tonight show – a near guarantee, or at least a reasonably good promise, of some level of art world attention. And, voila, just like that, a fresh generation of Los Angeles artists became visible and started to experience some semblance of success.

With artist performances and innovative exhibitions, Food House’s contribution to the revitalization of the recession-hobbled Santa Monica scene brought even more art galleries to the bay city, eventually including the Bergamot Station complex and tiny fledgling Blum and Poe gallery, whose own increasing notoriety led to the art world colonization of the neighborhood surrounding La Cienega, south of Washington, in Culver City.

Blum and Poe’s continued snowballing expansion was a major impetus toward the rapid growth of Los Angeles’ commercial gallery scene over the last decade.

In 1994, roughly simultaneous with the opening of Bergamot Station and Blum and Poe, Acme officially opened as “Acme,” run solely by Sommer and Gunderman, in a marginally more established property in a ramshackle Santa Monica creative park, mostly comprised of WW II – era clapboard bungalows, sharing a structure with Marc Foxx and Dan Bernier Gallery. Unlike Bergamot, which was fairly high-rent, Sommer and Gunderman could afford the risk of presenting innovative and challenging artwork – the sort of thing that advanced the Southern California art conversation. 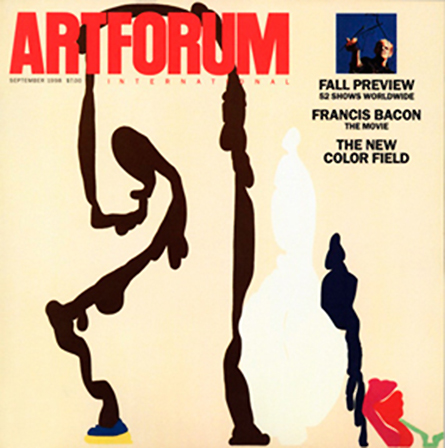 The work there was iconoclastically easy-going and unpretentious – a contrast to much of the directly politically-engaged, conceptually-oriented, work of the time. The message was simple: revel in the pure pleasure of sincerely looking – luxuriate in the weird, guilty, natural joy of art for art’s sake.

Acme’s seemingly apolitical work made a serious political statement. It was a release – an unshackling of art from the justifiable but stifling dourness of an art community ravaged by the AIDS era, Jesse Helms and Pat Buchanan’s culture wars and Reagan/Bush era hyper-morality – as well as the understandable but stultifying politicization of art that came in response to those threats. In the world of younger artists and groundbreaking collectors, the gallery’s openings were among the highlights of Los Angeles’ social calendar.

And when the gallery, along with its building mates, relocated to 6150 Wilshire Boulevard in 1998, it was a big loss for Santa Monica – and the start of a gravitational shift in Los Angeles’ gallery scene, as more venues either moved or opened eastward, from mid-Wilshire to Chinatown.  Today’s Culver City mainstays, Roberts & Tilton, Susanne Vielmetter Los Angeles Projects, and Kopeikin located themselves at or near Acme’s 6150 Wilshire address, later to follow Blum and Poe’s move to the less pricey square footage of Culver City.

And, for 18 years, the gallery flourished, expanding its square footage, ebbing and flowing in its influence and weathering two recessions.

It was a new start – in a building that the gallery bought and refurbished – a fresh chance to share Acme’s giddy outlook, just as the Trump era began.

Within less than a year, the gallery closed for good.