The Curious Case of Matt Johnson at Blum and Poe 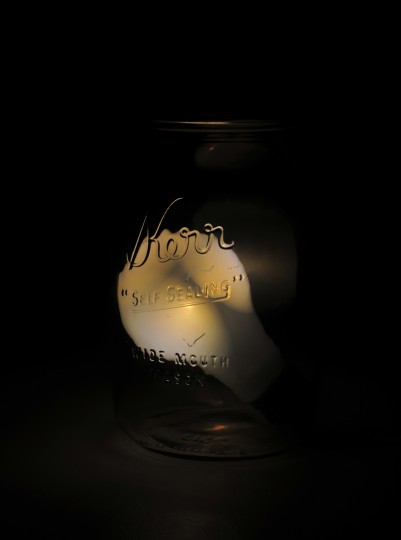 From the first time I saw his sculptures in 2003, I’ve been struck by the strange, invisible mystery that flows through most of Matt Johnson’s work. That aspect of his artistic output has been easy to miss, since it has frequently been obscured by the artist’s unusual brand of deadpan humor – (most publicly visible in the emblematic and tiny sculpture of a slice of bread with a face bitten out of it that graced street banners advertising the Hammer Museum’s 2005 THING exhibition.) 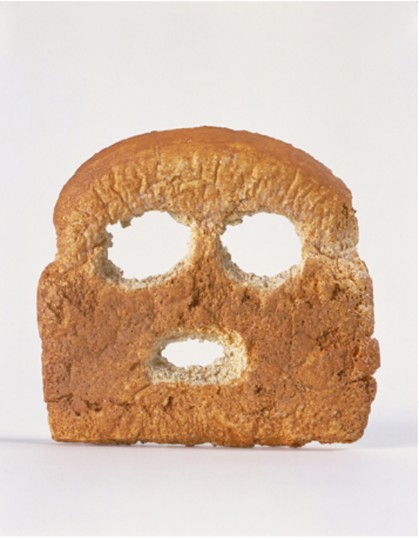 In his current show at Culver City’s Blum and Poe gallery, Matt Johnson so simplifies his palette that this body of work now rather quickly reveals its mysterious heart.

A quick perusal of the show leads to immediate – but incomplete – conclusions about the six sculptures present, which meander in tone from whimsical to poignant to Herculean to humble. But, a second glance rather quickly arrives at the root of what most of Johnson’s work has always been: sculptures of imagined sculptures.

A wirelessly illuminated light bulb, caught like a firefly in a jar – seems a whimsical ode to creativity – eventually revealing itself to be the product of hidden engineering. Of course, this sort of magic can’t really happen without a little help from Dr. Science. The sculpture’s secret mechanism is most likely a Tesla coil, itself the product of a creative genius whose greatest potential contribution to mankind – free wireless electricity – remains unrealized to this day. 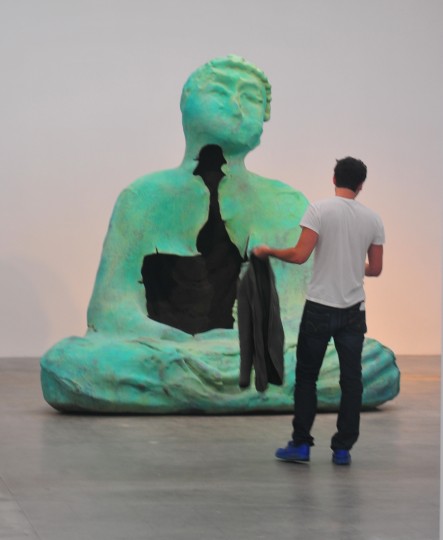 A defiantly serene, but bomb-scarred Hiroshima Buddha, is ultimately a rendering of a poignant, but fictional, creation. An I-beam, bent without cracking or cinching, as if by Superman, into a Möbius strip is not an I-beam at all, but actually fabricated from scratch out of milled steel. 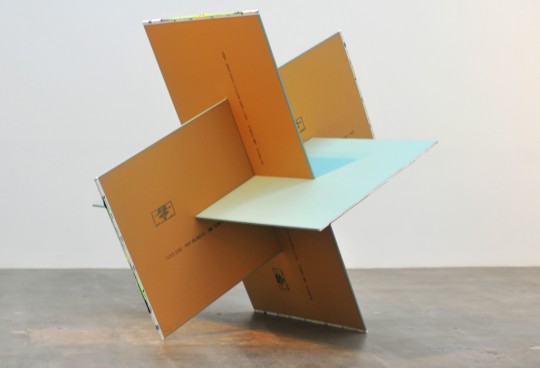 A minimalist, interlocking drywall form suggests an elegant, but casual, creative gesture – until one realizes that the piece is not drywall at all, but cleverly-crafted and disguised plywood mimicking sheetrock.  And, a rough boulder embedded with the artist’s smooth handprint – as though the natural rock was once soft clay in the artist’s grasp, is the product of artful carving – a modest relic of a human imprint in the eons-long life of the stone. 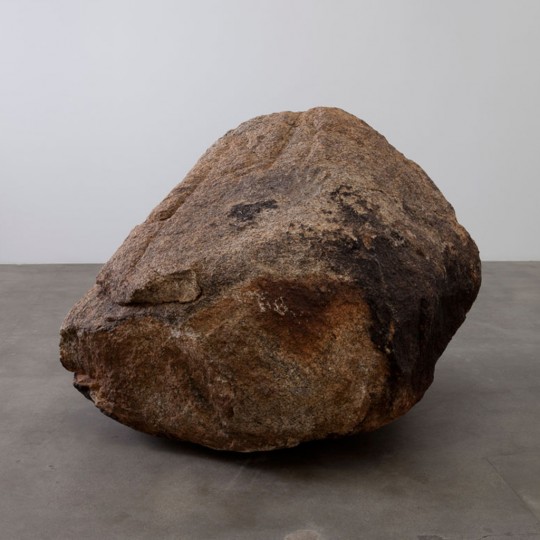 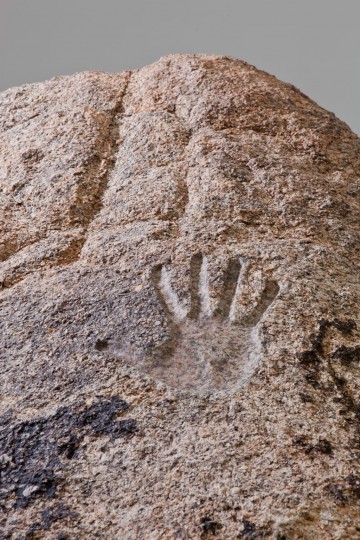 In the end, Johnson’s overarching subject is a glimpse into the psyche of the mysterious, multifaceted creator or creators – whose work he dutifully re-creates.

Only a pyramidal pile of dust, supposedly swept from the floor of the artist’s studio – but suspiciously not resembling the detritus that might have resulted from the other sculptures present – fails to show its hand. But, perhaps the dust suggests that Johnson’s efforts are ultimately those of a humble servant catering to the dictates of his creative muse.