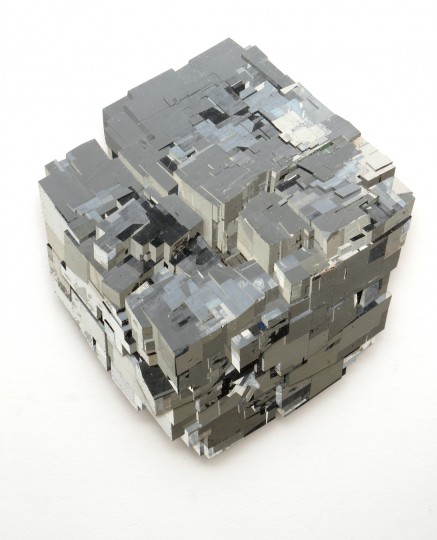 One intriguing facet of today’s international art world is the way in which some styles and sensibilities, once considered distinctly regional, now pop up as the apparent inspiration for work generated thousands of miles away.

A case in point: the sculptures of Ron van der Ende, a Dutch artist working in Rotterdam, whose show, Phasmid, is on display at Ambach and Rice until July 27. Phasmid, by the way, is a reference to Phasmatodea, which are an order of insects known as walking sticks – animals that survive by camouflage and mimicry.

Van der Ende’s wooden bas-relief constructions confront viewers with aggressively 3D images of relatively ordinary objects, which – by sheer force of craft and depth mimicking illusion – are transformed into the extraordinary – with a pinch of piquant technological dread. And, intriguingly, beyond his virtuosic use of shadow and perspective, this Dutch sculptor seems to reference work by influential California artists Robert Irwin, Tony Berlant, Ronald Davis and John Okulick, not to mention George Lucas’ iconic vision of the Death Star.All five pieces in the show float on the wall much like Robert Irwin’s emblematic Light and Space sculpture, Untitled, which also employs faux shadow trompe-l’œil effects, implying depth, light and shadow.

All the colored surfaces are made entirely from reclaimed wood, planed into veneers and painstakingly cut and nailed onto slightly raised and overlapping surfaces, like Moroccan inlaid woodwork or Tony Berlant’s salvaged sheet metal collages. 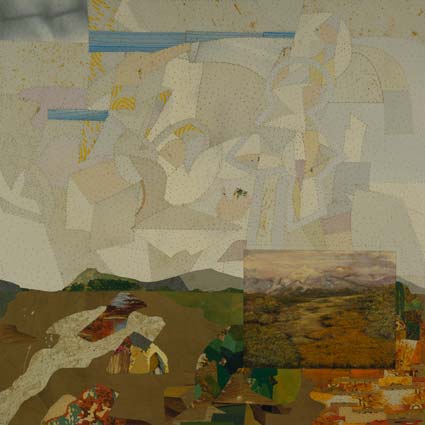 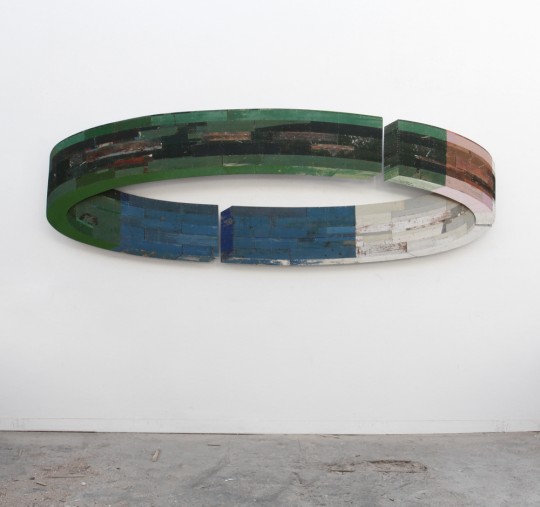 A ring shaped piece, entitled Cyclotron, represents three ideas spanning the history of industrial technology, from a wooden split pulley wheel (one of the chief efficiency innovations of the early industrial age) to a subatomic particle splitting cyclotron to a circular graph of different nations’ contributions to the space debris belt orbiting our planet. Cyclotron also looks an awful lot like Ronald Davis’ dodecahedron-shaped resin wall sculptures of the late ‘60s. 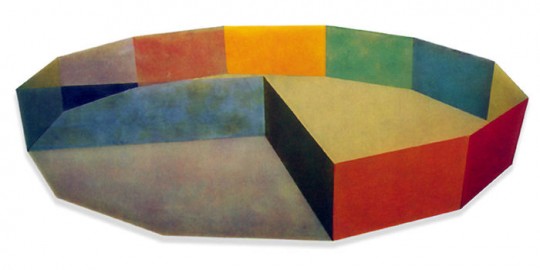 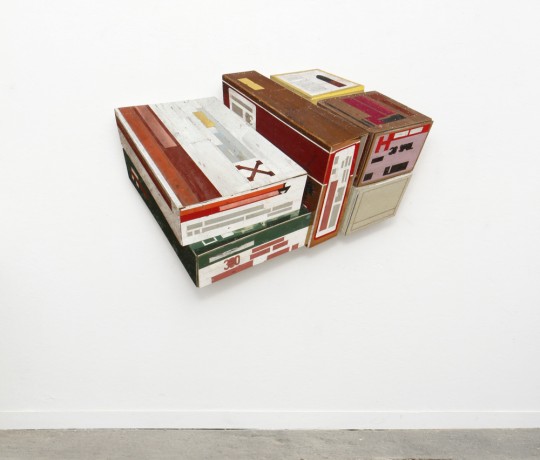 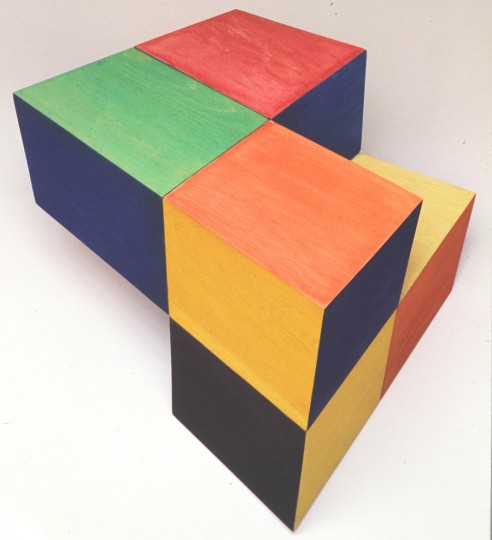 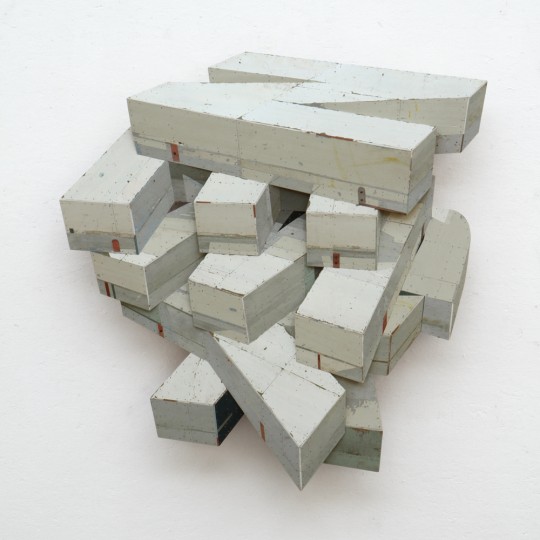 The most striking, emblematic and subtly crafted piece in the show is Fm3m/Salt (see image at top of post,) based on a highly magnified image of a salt crystal.  This sculpture’s allusions span the history of mythical archetypes of destruction – from the biblical story of Lot’s wife, whose witness to the destruction of Sodom and Gomorrah led to her being frozen as a pillar of salt to Darth Vader’s planet-vaporizing Death Star. It has a touch of Hollywood bravado that unquestionably makes this piece feel right at home here in Los Angeles. 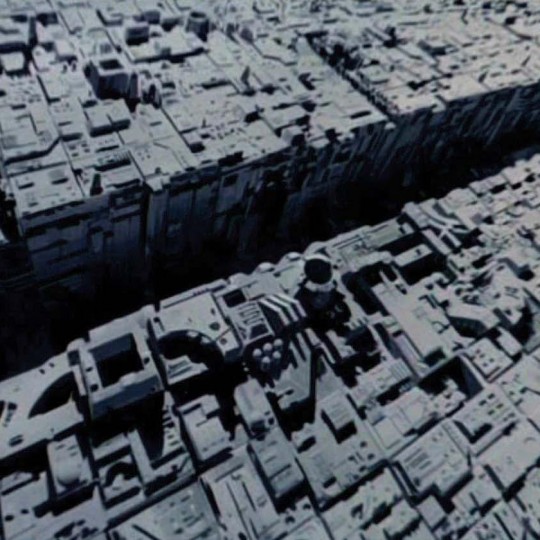 Van der Ende’s exhibition, like its walking stick namesake, seems home-grown, but at the same time quite alien – injecting a dose of noir (ironically, also a local commodity) into the sunny branch of the Southern Californian visual aesthetic more often associated with carefree buoyancy and light. 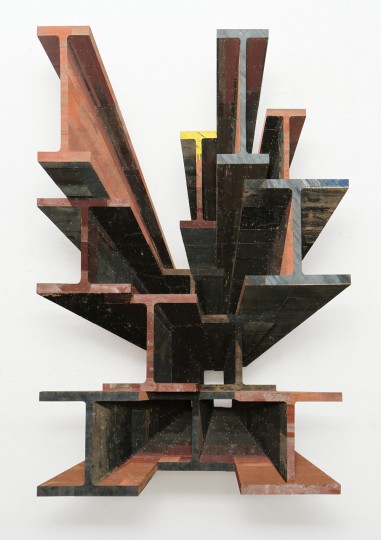