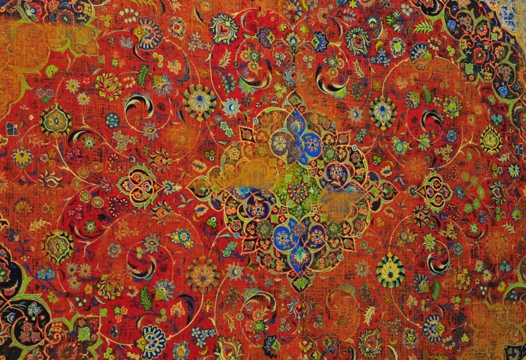 In the Making” group exhibition at Roberts & Tilton

Last Saturday night was a cool, cloudless Southern California winter evening. And, throughout the corridors of Culver City’s acoustically-challenged art spaces, the rattle and squeak of shoes on cement competed unsuccessfully with the even more overwhelming din of alcoholically amplified voices. Casual chat lent a warmth that contrasted pleasantly with the night’s dusky chill, but the walls had plenty of tales to tell because much of this month’s Culver City art offerings are all about story.

At Roberts & Tilton, a group show entitled, In the Making, focuses on the narrative formed by the meandering , idiosyncratic paths artists take to derive their end-product. The show is not so much about physical process, but rather the interplay between concept and craft, planning and execution.

Opening crowd at “In the Making” exhibition at Roberts & Tilton, February 25, 2012

Pour’s paintings are flat, flat, flat with an almost pixelated quality that suggests digital source imagery. They appear to be the product of repeated painting and sanding, combined with an Orientalist’s taste for decoration, leading to a pretty convincing, well-worn Persian carpet motif, their flatness notwithstanding. The imagery reminded me of an ode to the contemplation of rugs written by art critic and 70’s Pattern and Decoration movement champion, Amy Goldin, (excerpted from the catalog for Parrot Talk, a Kim MacConnel retrospective at the Santa Monica Museum of Art:)

“If you have more than 30 seconds for aesthetic contemplation, it’s got to be rugs. Anything else is too comfortable…

Rugs are for people sunk in the flesh. For those willing to go halfway, acknowledgers of inner fields and outer margins. For the embracing of regularities and being grateful for small freedoms. People a little slow on their feet, the doubtful, the neurotic, the corrupt, the fat. The secret vice of the fashionable, the indulgence of the poor, rugs are for thrift-shop Orientals, ancien middle-class. Those unenchanted with ambiguities, unmoved by promises. Nothing fancy can distract us. We crave complexity…

(Rugs) deny the very possibility of revolution — art history is just one thing after another. (They) accept, with whole-hearted cynicism, cultural sinks and the cold intricacies of government. Rug people know that the race is not to the swift but to the cheaters…” 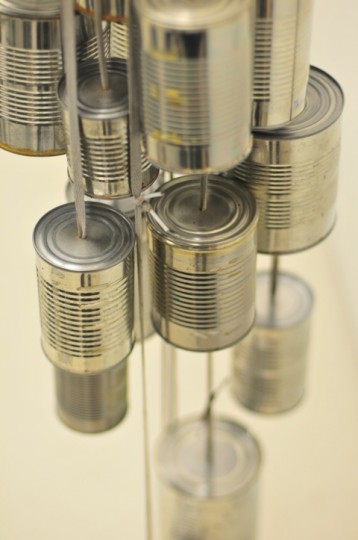 Kori Newkirk’s wall hanging is a sturdy but delicate, inverted urban totem pole. Suspended from a basketball hoop, its ‘basket’ is woven from shoe laces which dangle tin cans of the type that might be used as part of a child’s makeshift telephone system. The bottom is a pair of red click-clack balls. By adopting and inventively employing the simple accoutrements of an urban childhood, the piece seems an elegant and playfully expressive rumination on adolescence and emergent masculinity – complete with an imaginary soundtrack of swooshes, children’s voices and percussive clicks. 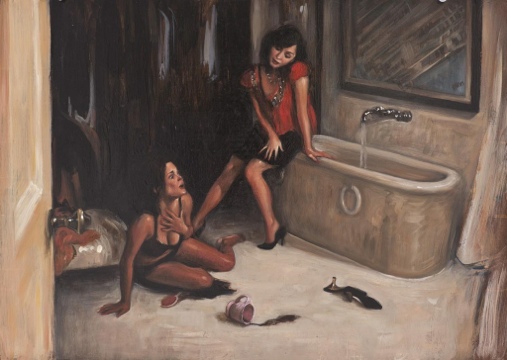 Delia Brown, Having Drunk the Tainted Coffee, C is Seized with an Inexplicable Dizziness, Panic, and Confusion. 2011. Oil on board. 10 x 14 inches

Angles Gallery mounted an exhibition of explicitly narrative paintings by UCLA MFA grad Delia Brown entitled Felicity & Caprice (click though the images on the linked page to “read” the story in a manner similar to  Good Dog Carl.) Representing scenes that she and her friends/collaborators reenacted from the campy 1968 Claude Chabrol film, Les Biches, Brown skillfully concocted a lovely and humorous suite of paintings that satirize both the lives of wealthy art collectors and the bohemian life-style – all painted with a decidedly 19th century sensibility (think John Singer Sargent and Marie Cassatt.) The most entertaining sequence of the engaging narrative is when Felicity poisons Caprice’s coffee and feigns sympathy for her ill friend’s death throes until she eventually drowns her. 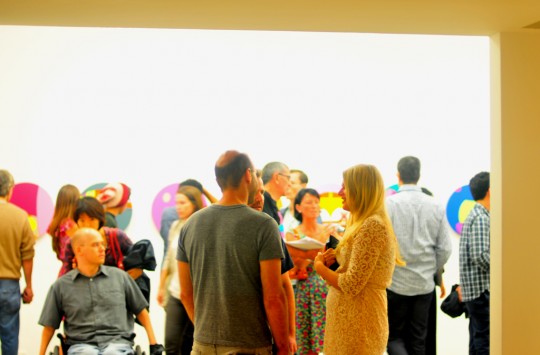 Texas born Angeleno, Rosson Crow‘s show at Honor Fraser, Ballyhoo Hullabaloo Haboob, adds new heft to her images via implied narrative. An artist known for graffiti imagery, Crow has shifted her focus. Her paintings are still liquid, vertiginous, punk and spooky , with plenty of evidence of her skilled hand – but now her interest has turned to urban landscapes. The scale, depth and implied desolation of these cityscapes leads viewers to imagine their own dark narratives set in a quieter corner of Crow’s world. The black and white palette of her paintings adds a noirish edge to her work. “Meet me under the tracks with the bag and come alone…” 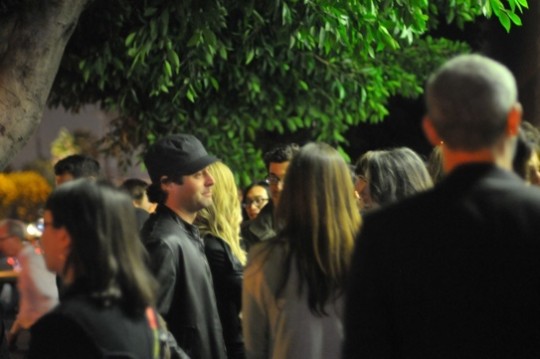