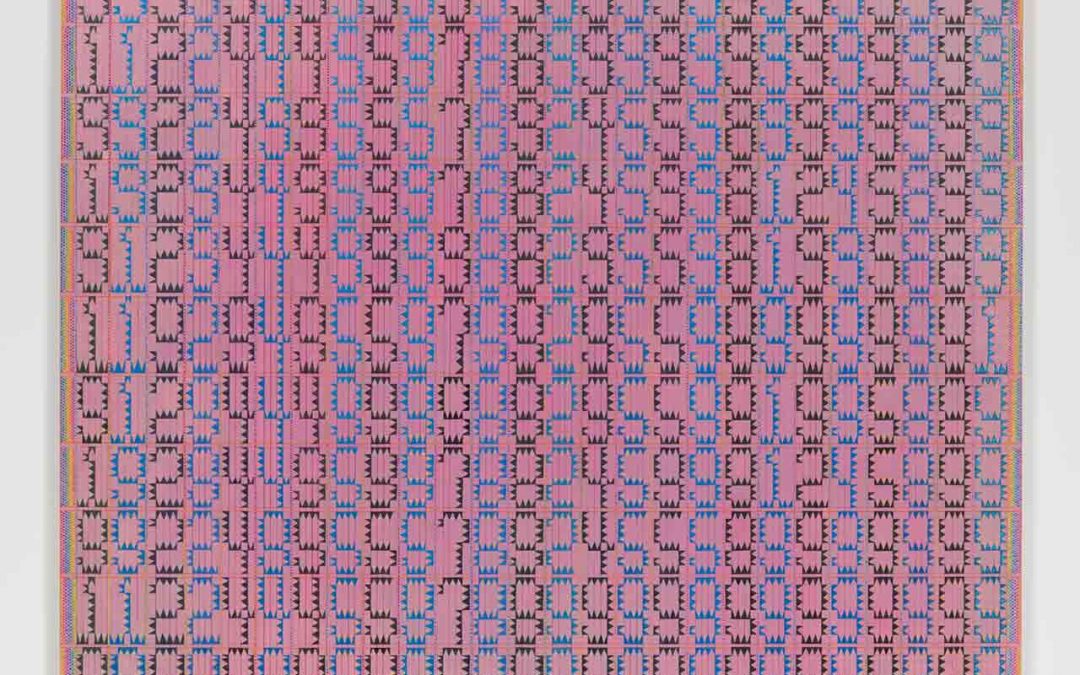 Often, viewing art necessitates a serious leap of faith. Wading head-deep into an artist’s game is predicated on suspending disbelief and accepting the premise that her intentions are sound, purposeful and sufficiently authentic.

No such leap is necessary when it comes to Xylor Jane’s exhibition, “Magic Square for Earthlings,” on view now at Parrasch Heijnen Gallery.

The least bit of scrutiny lays bare the Long-Beach-born painter’s obsessive commitment – the transcendental seriousness of her exploration – even while any clear comprehension of her underlying intentions remains pleasantly elusive.

While her paintings initially appear to be mere smallish, eccentrically colored Op Art decorations – they quickly reveal a proliferating trove of themes and obsessions – here’s a handy list: 2) An insanely labor-intensive, monk-like painting practice that might make Agnes Martin balk: Seamlessly painted ombre backgrounds are covered with a mind-numbing arrays of hand-painted dots, often comprising numbers and/or geometrically derived design structures. Note the numbers in the negative space in the piece below. 3) An effort to decode randomness: She employs repeating patterns within a tight geometrical framework, generating the illusion of randomness and imperfection. (Look closely at the arrangements of dots that comprise the softly undulating colored bands that edge the image below.)  In effect, she weds the rational tool of mathematics with the irrational, exploring a magical synthesis of the two seeming opposites. An intention surely resides behind Xylor Jane’s work – but still, with so many themes afoot, what could it be? Is it a talismanic relationship to numbers? Is it an affinity for the zen of mind-numbing, hand-cramping labor? Is it an exploration of the limits, opportunities and magic offered by mathematics and geometry? Is it a feminist/LGBTQ political statement? Is it a spiritual quest?

Grappling with these anally conceived Rorschach tests, one’s answer is apt to vary depending on who you are or even when you’re looking – even if you readdress the very same painting, again and again and again. Xylor Jane, Nines (Twenty-six 11 digit prime palindromes arranged in columns selected from a group of 42,100), 2017,  oil and ink on board